FOR YOU AND YOUR FAMILY / FOR YOUR BUSINESS
Family Law 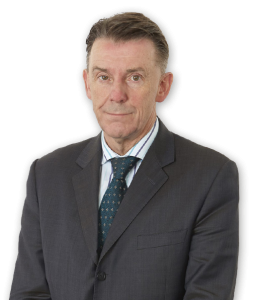 Is your Will Valid?  Making a Will is an opportunity for you to determine how your assets are distributed after your death.   If you die without one (intestate), they are distributed in accordance with laws that take no account of your wishes (known as the intestacy rules).  Broadly speaking, under the intestacy rules your spouse/civil partner and children are first in line to inherit.  If no spouse/civil partner or children survive you, then your parents, siblings, nieces and nephews may inherit.

If you make a Will but it is not valid in the eyes of the law, your estate will be shared out in accordance with a previous valid Will if you had one.  If not, the intestacy rules apply.  Therefore, to be certain of having the last say in how your assets are distributed, you need to ensure your Will is valid.

After Mr Payne’s death, his second wife claimed that the 1998 Will was valid, whereas the 2012 Will was not as it did not meet all the criteria for a legally binding Will.  There followed a number of court hearings, undoubtedly stressful for the family members involved.

Mr Payne’s son and grandson sought a declaration from the court that the 2012 Will was legally binding, but the judge decided that neither the 2012 nor the 1998 Will were valid.  Accordingly, Mr Payne’s assets should be distributed under the intestacy rules, as if he had not made a Will.  The court noted that the witnesses to the 1998 Will had given their names, occupations and addresses in block capitals but neither had actually “signed” the Will, in the sense of applying a unique or personal mark.

Mr Payne’s second wife appealed to the Court of Appeal, which upheld the 1998 Will.  It decided that there was no requirement for witnesses to a Will to “sign” it by applying a unique or personal mark.  It is sufficient for them simply to write their name, as long as they do so with the intention of validating the Will.

Clearly, it is important to ensure your Will is valid, so as to spare your family and close friends the sort of difficulties encountered by Mr Payne’s second wife, son and grandson.  This is a summary of the criteria you need to meet:

Also, you must understand your actions and not be influenced into making decisions.

Once you have made your Will, you must not amend it.  If you do, the amendments will be ignored and your assets will be distributed in accordance with the original version.

You can make minor changes by making a codicil to your Will.  This is a separate document and, like your Will, must be signed in the presence of two or more independent witnesses (as above).  However, the witnesses need not be the same people as witnessed your original Will.

If you want to make substantial changes, you should make a new Will.  It is important that this includes a paragraph stating that you revoke all previous Wills & codicils, so they are no longer legally valid.

In limited circumstances, even if your Will is valid, it can be challenged after your death if someone (usually a family member or dependent) believes it does not adequately provide for them.   However, this is subject to rules as to who may apply, in what circumstances and how long after your death.  For most people, making a valid Will is a way of ensuring that their assets are distributed in accordance with their wishes.

If you have questions about the matters raised here, we are of course happy to give detailed advice tailored to your circumstances, on request.