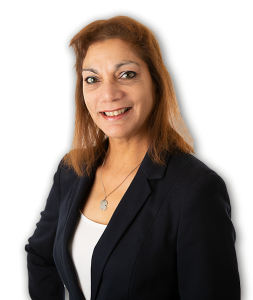 Vashti Prescott, our personal injury lawyer, based at Kidd Rapinet Canary Wharf has successfully settled on a £1.25M personal injury claim for a fast-food delivery driver injured in a road traffic accident.

In June 2016, while working as a fast-food delivery driver, Mr Morad was involved in a road traffic accident.  A taxi pulled over to drop a fare paying passenger off. The passenger opened the rear door of the taxi, directly into the path of Mr Morad knocking him to the floor.

Mr Morad sustained severe injuries and despite extensive surgery he was unable to bend his knee.  He was restricted to a wheelchair with his leg permanently stretched out straight in front of him. He developed chronic pain syndrome and suffered severe depression, often contemplating whether to take his own life.  He remains on a cocktail of pain medication which he must take on a daily basis.  The medical experts have unanimously agreed that there is nothing further that can be done for Mr Morad, other than an above the knee amputation.  For religious reasons, Mr Morad would not consent to this.

Mr Morad’s physical and psychological issues have affected his relationship with his wife and his ability to interact and play with his children.

In June 2021, Vashti settled a £1,250,00 claim on behalf of Mr Morad on the basis that he would need care for the rest of his life.  He will not be able to work again and may well need an above the knee amputation in the future.

The claim was challenging not only due to the complexity of the injury, but due to the fact that during the course of the claim we went through Brexit and the pandemic.  The pandemic saw Mr Morad’s struggle to have food and care delivered to him. He was reliant upon NHS staff to deliver food to him, assist him to wash and shower and clean the one bedroom apartment he was confined to.   Because of the staff shortages, he would go days sometimes without any form of assistance.

While the process has been long and difficult, we hope the outcome will help Mr Morad and his family and we will assist him in investing his compensation to ensure funds last well into his future.